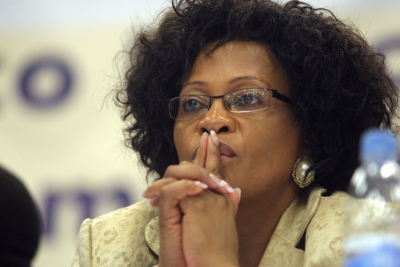 Former Environmental Affairs Minister Nomvula Mokonyane is set to appear before the Zondo Commission on Monday.

She's expected to answer to allegations that she received bribes from Bosasa.

Former Bosasa COO Angelo Agrizzi revealed that Mokonyane had received a monthly bribe of R50,000 between 2002 and 2016 to quash an SIU probe into corruption at the company.

Her home also had security upgrades and electric faults fixed.