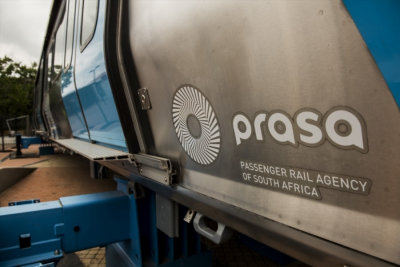 The Passenger Rail Agency of South Africa (PRASA) has started a recruitment process to employ 3 100 security guards to protect its rail infrastructure and other assets.

“Employing our own security personnel will give us greater control of the protection of our network and assets. We have a responsibility to do all we can to protect the public infrastructure as acts of vandalism and theft become worse,” Mpondo said.

He said the agency intends to give preference to qualifying individuals who reside in communities near PRASA’s rail network.

“As the economy sheds jobs as a result of the COVID-19 pandemic, PRASA as a state-owned company has a responsibility to ensure that where it makes business sense, it must provide employment to citizens,” Mpondo said.

The Administrator’s plan to insource security personnel is in line with Minister of Transport Fikile Mbalula’s nine point mandate which he set out for the Administrator when he took over on 9 December 2019.

Appearing before Parliament’s Portfolio Committee on Transport on 4 February, the Minister said the annual investment of approximately R700 million on the part of PRASA must be directed toward creating permanent jobs and sustainable livelihoods for those entrusted with securing the railways.

The contingent will consist of three categories. These include the static and train guards, operations monitoring controllers and armed response guards.

“PRASA’s focus is to ensure a holistic protection service for the organisation’s assets, commuters as well as employees. The new recruits will also focus on general crime prevention which, once rooted out, will most likely see a significant decrease in the vandalism of PRASA’s properties and theft of assets,” the agency said.

The new recruits will add to the already existing Protection Officials, who in recent weeks have arrested 185 suspects and recovered sizeable amounts of stolen cable and other PRASA assets.

“PRASA has taken the issue of beefing up security very seriously, especially after the termination of security contracts which the Office of the Public Protector and the Office of the Auditor-General found to be irregular,” the agency said.

PRASA recently appointed 596 Platform Marshals whose main task is to ensure that passengers comply with COVID-19 regulations on trains and stations.

Potential recruits can get more details on the available protection services jobs on PRASA’s website (http://www.prasa.com/Job%20Opportunities.html).

Twitter
More in this category: « Ramaphosa emphasize importance for government to create environment for businesses to thrive. Denel confirmed that its CEO has resigned. »
back to top