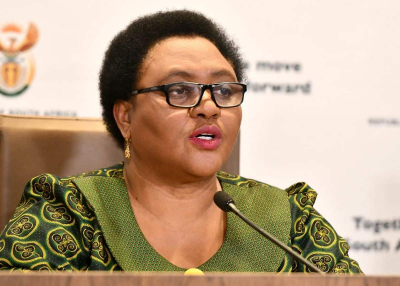 An amount of R14.4 billion has been allocated to the Department of Agriculture, Land Reform and Rural Development (DALRRD) for the 2020/2021 financial year.

The R14.4 billion is a reduction of just under R2.4 billion from an initial allocation of R16.8 billion allocated by Finance Minister, Tito Mboweni during the Budget Vote in February 2020, prior to the COVID-19 pandemic.

The budget cuts, she said did not affect critical Medium Term allocations for biosecurity and supporting exports amounting to R495.1 million, and R500 million to finalise land claims.

The cuts were also not extended to the Agricultural Research Council (ARC).

The department’s R14.4 billion allocation includes transfers to Provincial Departments of Agriculture, as part of the division of revenue.

“The other transfers are to our agricultural entities such as the ARC, which received a grant of R1.271 billion. The National Agriculture Marketing Council received an amount R47.4 million and the Ingonyama Trust received an amount of R22 million,” Didiza said.

Didiza noted that the cuts in the budget meant that the department had to deal with very difficult trade-offs in its effort to “as far as humanly possible”, have minimal negative impact on the delivery of services within the agricultural sector.

On Land Redistribution and Tenure Reform, Didiza reported that land development support was scaled down, and this support will be extended to the identified 146 projects within the Pro-Active Land Acquisition Strategy.

She said that focus for this financial year will be on the completion of multi-year infrastructure projects, and those that started in the 2019/2020 financial year.

“The Economic Development, Trade and Marketing programme had a R135.9 million cut which will lead to reconsideration and prioritisation of projects within the agro-processing, marketing and rural industrial development space. The R300 million cut relating to the Compensation of Employees will delay the drive towards fully capacitating the department towards building a resilient sector,” Didiza said.

Despite these cuts, the Minister said the department will strive to fill critical vacancies in the core delivery areas in this financial year.

Due to the spread of COVID-19 and restrictions, Didiza said the Commission on Restitution of Land Rights is also facing challenges in terms of meeting claimants, conducting research and verification, accessing claimants’ relevant documents, signing of settlement agreements, and concluding on offers.

“These challenges are mitigated, but are having an impact on the access to departmental services and the agility of the department to deliver,” she said