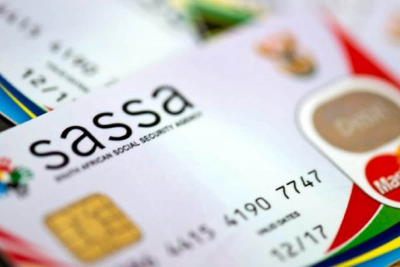 Disability grants will no longer be paid on the same date as the older persons grant, starting from August 2020.

According to the South African Social Security Agency (SASSA), in terms of the further staggering of payment dates, the Older Persons Grant will now be paid from 3 August 2020, while the Disability Grant will be distributed from 4 August 2020.

Meanwhile, all the other grants will be paid from 5 August 2020.

However, any grants linked to those accounts will be available on the same dates, the agency explained.

This comes after SASSA announced the new payment dates earlier this year to prevent overcrowding at pay points as the country battles with COVID-19.

“All the social grant access points, such as Post Offices and merchants, attract a high number of beneficiaries trying to access their money on the same day, which is a risk, especially to the aged and those with disabilities," said SASSA.

SASSA said it was mostly concerned about the elderly, who are among the most vulnerable to the virus and often have to wait in long queues for their pension.

“Beneficiaries should remember that they don’t have to withdraw their money on the first payment date but can withdraw it on any day after the payment date, as it will remain in the accounts until they withdraw it,” SASSA CEO, Totsie Memela, said.

She said the process of staggering of grants, which started after the lockdown, will be monitored closely.

Memela did not rule out further changes in the near future, as they try to observe government protocols of social distancing and washing of hands.

SASSA is also urging the public to work with government in ensuring that the spread of the virus is contained and for people to comply with the new payment dates.

Meanwhile SASSA said it has begun with double payments for the outstanding R350 grant for June and July.

“This is meant to avoid a situation where beneficiaries of the COVID-19 Social Relief of Distress grant have to make two trips to the Post Office and to eradicate the backlog of payments,” SASSA said on Wednesday.

The agency said the move has been met with much appreciation and excitement on social media.

In the statement, SASSA said these double payments are in the process of being transferred into people’s bank accounts as of this week.

Twitter
More in this category: « Lesotho Highlands Water Project Phase II to deliver water to SA in 2026. Watch Live:President Cyril Ramaphosa to address the nation at 8pm. »
back to top