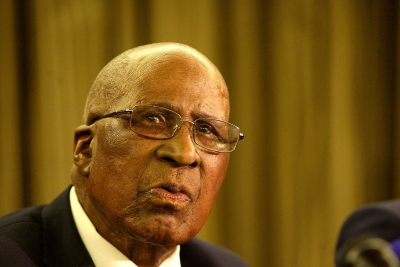 Mlangeni passed away on Wednesday at the age of 95, following an abdominal complaint.

Mlangeni was awarded Isithwalandwe/Seaparankwe, the highest honour by the African National Congress for those who have made an outstanding contribution to the liberation struggle in 1992 and received the Presidential Order for Meritorious Service: Class 1: Gold from then-President Nelson Mandela in 1999.

" In terms of the Presidential declaration, the National Flag will fly at half-mast from the morning of Friday, 24 July 2020 until the evening of Wednesday, 29 July 2020, the day on which Bab’ Mlangeni will be laid to rest," a statement from the Presidency outlines.

Ramaphosa has offered his condolences to the Mlangeni family as well as the friends, comrades and associates.

Twitter
More in this category: « Watch Live:President Cyril Ramaphosa to address the nation at 8pm. Free sanitary products for indigent women & girls. »
back to top