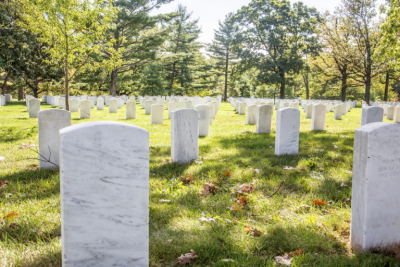 A South African Medical Research Council (SAMRC) report has revealed that by the second week of July, the country had recorded 17 000 excess natural deaths.

This is a 59% increase compared to previous years.

In an interview with the Department of Health, Bradshaw said the gap between the number of COVID-19 deaths and the excess deaths is mostly high in the Eastern Cape and Gauteng.

“Excess is the deaths that are over and above what you would expect to have. It’s been used, particularly in looking at flu epidemics where there’s a sudden surge in the number of deaths that’s just beyond what you’d expect,” Bradshaw explained.

There are several ways to calculate excess deaths; some analysts use the excess above the expected number based on historical data, while others take the number above a threshold such as the upper prediction bound that is significantly higher than expected.

“It’s important for us to do more work to get some research done to find exactly what’s causing that.  It could be that there are people with COVID who are not getting to health facilities, thereby not getting into the statistics.

“People dying at home whether it’s access to transport to get to a facility or choosing not to go to a health facility,” she said.

The research shows that between 6 May and 14 July this year there were 17 090 excess natural deaths.

Bradshaw said the SAMRC has been receiving data from the Department of Home Affairs of all the registered deaths and for years, that has been painting a picture of the mortality trends annually.

“But during February, March, this year, we realised that this would need to be speeded up and we investigated how to get data more quickly and process it.”

Since March, they have been dissecting the data and issuing a weekly report of the number of fatalities.

“Over the weeks, we realised there’s a pattern during the year,” she said, adding that the number of deaths were going up in the winter months that is often associated with the flu.

However, it is also related to other conditions that increase during winter, Bradshaw added.

“So, we used historic data to predict what would be expected for each week and we’ve been tracking the weekly number of deaths.”

The scientists also realised the big impact of the hard lockdown on the number of people who were dying that was particularly noticeable in unnatural deaths.

“By unnatural we mean road accidents, murders, suicide and other accidents,” she explained.

She believes that it was due to having fewer people on the roads and probably alcohol restrictions during lockdown level 5, which resulted in an immediate drop to almost a half of what it was previously in the unnatural deaths.

“However, in the natural deaths, that is the deaths from ageing or from diseases – cancers or TB. We also saw there was a bit of a drop, not to the extent of the unnatural.”

Meanwhile, the cases of flu, which usually peak in winter, were suppressed by COVID-19 lockdown, the report found.

“There has been no sign of flu this year, the social distancing, handwashing, probably also wearing of masks would have affected that as well,” she said.

As of Sunday, South Africa recorded 6 769 COVID-19 deaths, while the country is now among the top five worst affected nations in the world.