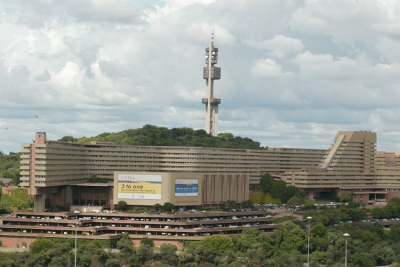 Nzimande said given the size of UNISA, not only in South Africa but on the entire African continent ŌĆō having 407 759 students in 2020 and growing, the institution is clearly too big to fail, as too many people depend on its success.

Nzimande said since the merger of UNISA with Technikon Southern Africa in 2004 (incorporated with the distance education component of Vista University), it appears that there has not been sufficient attention on addressing the underlying drivers of institutional coherence and sustainability.

He said UNISA is gradually experiencing ŌĆ£mission-driftŌĆØ by becoming more 'full-time', yet there has never been a plan supported by national government in favour of such a move.

ŌĆ£The issue of mission drift has massive implications for the financial sustainability and future of UNISA. It also has materially-significant implications for government for both subsidy and student financial aid support, as we have seen at the start of the 2020 academic year, when segments of the student community made demands for near full-time equivalent National Student Financial Aid Scheme (NSFAS) support from government,ŌĆØ Nzimande said.

Similarly, the Minister said, mission drift will impose major pressures on infrastructure, teaching staff and a host of other concerns.

The Minister also raised the importance of making a rigorous assessment of how the Fourth Industrial Revolution (4IR) and its associative disruptions and shifts will affect many aspects of the academic mission, academic programmes, markets and operating model of all of the countryŌĆÖs universities, especially a UNISA of the mid-21st┬Ācentury.┬Ā

The Minister also raised other concerns, including:

Nzimande has held two consultative meetings with the UNISA Council chairperson, deputy chairperson and the Vice Chancellor, as well as a full UNISA Council to discuss the details of the review.

Nzimande said there is consensus between the UNISA Council and the Higher Education and Training Ministry about very serious concerns regarding the future of UNISA.

ŌĆ£I am requesting members of the university community, including and specifically, Council and management, including the Vice Chancellor, to provide the fullest support for, and cooperation with the MTT,ŌĆØ the Minister said.

The task team will commence with its work immediately.

Twitter
More in this category: « SA recorded 17 000 excess natural deaths during COVID-19 pandemic. Eskom confirmed Sifiso Dabengwa has resigned from the board. »
back to top