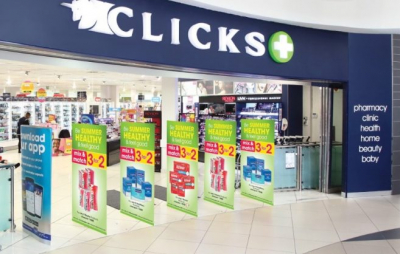 Clicks a health and beauty retailer in South Africa is in hot water over images on their website.

Many believe the images show prejudice against natural black hair.

Meanwhile EFF came out with guns blazing against the retail store saying their action must be regarded as a human rights violation because the advert perpetuates colonialism and racism.

"All progressive forces must embark on a direct action to ensure Clicks is held accountable for their racism and this is not brushed under the carpet like many violations black people are confronted with in this country,"the statement reads.

The ad,which has since been removed from their website, with an apology issued, had been slated as being prejudiced and disrespectful against black natural hair.

In a statement, Clicks apologised for the advert.

"We would like to issue an unequivocal apology. We have removed the images which go against everything we believe in. We do not condone racism and we are strong advocates of natural hair. We are deeply sorry and will put in place stricter measures on our website,"it said.

We have made a mistake and sincerely apologise for letting you down. We recognise we have a role to play in creating a more diverse and inclusive S.A, starting with our website content. We know we need to do better, and commit to ensuring our content better reflects this value.