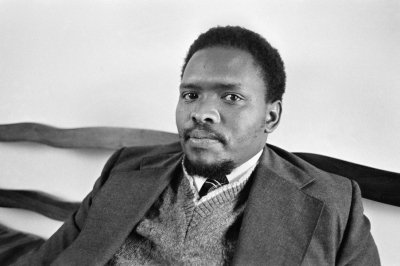 Steve Biko in King William's Town on September 3 1976, a year before he was killed.
Image: John F Burns.

The legendary civil rights activist has been vocal on the Blacks Lives Matter movement.

Biko, the anti-apartheid activist died at the age of 31 in detention at the hands of the apartheid regime.

Sharpton says Biko embodied the aspirations of black people around the world and his advocacy of black consciousness was a key moment in the fight for freedom.

He said Biko broke the pattern in the 1970s where black people questioned their self-worth and replaced that with a sense of confidence and inner value.

Sharpton adds that this took the form of the Black Power movement in the US.

Nkosinathi also spoke about the indivisibility of the humanity of black people and asked for a moment of silence for the more than 900 000 people who have died worldwide from COVID-19.

He raised concerns about the extreme poverty and inequality that still exists in South Africa.

Below is the live stream for the lecture: