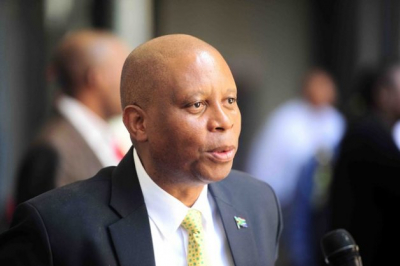 The Independent Electoral Commission (IEC) has rejected the registration of Action SA as a political party.

This decision was based on similarities with the Party of Action (POA), and the use of the South African flag in the logo.

Herman Mashaba applied to the IEC for registration of his party earlier this month.

In a statement, Action SA says the IEC has acted irrationally and it is appealing the decision.

The POA have accused the former Johannesburg mayor of stealing its logo and appropriating its name when he launched Action SA party.

Section 16(1)(b) of the Electoral Commission Act (51 of 1996) provides that the Chief Electoral Officer may not register a party if its distinguishing mark or symbol resembles that of another registered party, to such an extent that it may deceive or confuse voters.

Following research into the ballot paper design in 2018, which showed that voters use the party logo as the primary distinguishing identifier to select their party, more prominence has been given to party logos on the ballot paper to make it easier for voters to identify their party of choice and to limit votes cast inadvertently for other parties.

In the letter, the IEC said it informed ACTIONSA that it has two options. The first may be to amend its symbol and publish a fresh notice of application. Alternatively, ACTIONSA may appeal to the Commission against the decision of the Chief Electoral Officer within 30 days.

We have already written to the IEC, initiating our right to appeal their decision. Their application of the law is incorrect.

1. Our identifying features are sufficiently different from the POA.https://t.co/djRoi5LYN9

Tweet
More in this category: « Portugal donates laptops & masks to support phased-in reopening of schools. Livestream:FS asbestos and housing projects under scrutiny at state capture commission. »
back to top