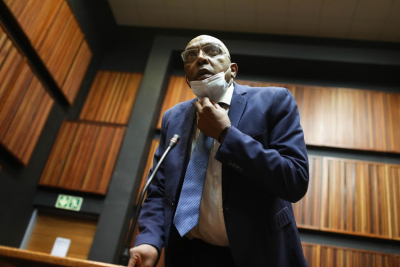 Ex-ANC MP Vincent Smith has been granted bail of R30 000 for fraud and graft charges relating to Bosasa.

Wearing a dark blue suit and white shirt, he and his company were charged with fraud and corruption involving about R800,000.

The state told the court that it did not oppose bail.

Smith told the court that he had no previous convictions and pending cases and that it was the first time he was appearing before a criminal court.

He was warned that he was under no obligation to reveal anything related to the case.

In an affidavit read out by his lawyer, Smith said that he was 60 years old and lived in Johannesburg with his son and nephew.

Smith said he was a pensioner and strenuously denied the allegations against him.

He said he would stand trial and was determined to prove his innocence. He added that he had no desire to evade justice and would not interfere with the case.

He is expected back in court on 14 October.

The arrest of Smith, along with those expected to follow, is seen as a fundamental disruption to South African politics.