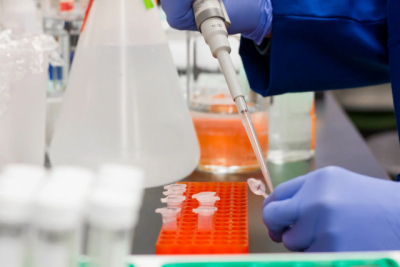 The Health Ministry announced that the country's cumulative number of detected Covid-19 cases had increased by 1 745 to 676 084.

A further 132 more Covid-19-related deaths were recorded: 41 from Mpumalanga, 49 from KwaZulu-Natal, 8 from Gauteng, 7 from North West, 7 from Northern Cape, 6 from Western Cape and 14 from the Free State. This brings the total number of COVID-19 related deaths to 16 866," said National Health Minister, Dr Zweli Mkhize.

He said the recoveries now stand at 609 854 which translates to a recovery rate of 90%.

Meanwhile an ambitious humanitarian project to deliver coronavirus vaccines to the world’s poorest people is facing potential shortages of money, cargo planes, refrigeration and vaccines themselves.

It is also running into scepticism even from some of those it is intended to help most.

In one of the biggest obstacles, rich countries have locked up most of the world’s potential vaccine supply through 2021, and the US and others have refused to join the project, called Covax.

Covax was conceived as a way of giving countries access to coronavirus vaccines regardless of their wealth.

It is being led by the World Health Organization (WHO); Gavi, a public-private alliance, funded in part by the Bill and Melinda Gates Foundation; and the Coalition for Epidemic Preparedness Innovations (CEPI), another Gates-supported public-private collaboration.

Covax’s aim is to buy two billion doses by the end of 2021, though it is not yet clear whether the successful vaccine will require one dose or two for the world’s 7.8 billion people.

Countries taking part in the project can either buy vaccines from Covax or get them for free if needed.

An early problem that has emerged is that some of the world’s wealthiest nations negotiated their own deals directly with drug companies, meaning they do not need to participate in the endeavour at all.

China, France, Germany, Russia and the US do not intend to join.

And so many rich countries bought vaccines from manufacturers – before the shots have even been approved – that they have already snapped up the majority of the vaccine supply for 2021.

The European Union has contributed 400 million euros ($469m) to support Covax, but the 27-country bloc will not use Covax to buy vaccines, in what some see as a vote of no-confidence in the project’s ability to deliver.

Instead, the EU has signed its own deals to buy more than one billion doses, depriving Covax of the bulk negotiating power of buying shots for the continent.

Clemens Auer, who sits on the WHO’s executive board and was the EU’s lead negotiator for its vaccine deals, said there is a troubling lack of transparency about how Covax will work.

"We would have no say over the vaccines, the price, the quality, the technical platform or the risks,"Auer said. "This is totally unacceptable."

He said WHO never consulted countries about its proposed vaccine strategy and called the health agency’s goal of vaccinating the world’s most vulnerable people before anyone else a "noble notion"but politically naive.

Tweet
More in this category: « Geoscience Council says West Rand tremor ‘no major threat'. Ramaphosa calls for end all forms of violence against women - UNGA75. »
back to top