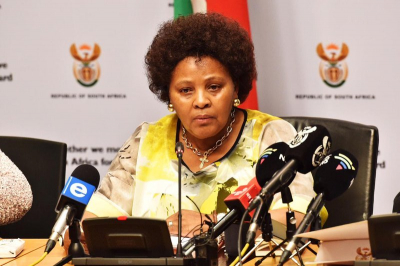 The Democratic Alliance said President Cyril Ramaphposa must be held accountable for the ANC’s controversial trip to Zimbabwe for inter-party talks.

DA MP Kobus Marais said Ramaphosa "only gave the Minister of Defence and Military Veterans Nosiviwe Mapisa-Nqakula permission to travel to Zimbabwe after she had already returned" to South Africa.

"This was revealed in the minister’s report into the ANC's abuse of an air force jet to travel to Harare on party political business. The president only approved Minister Mapisa-Nqakula’s request to travel to Zimbabwe on 10 September, a full day after the delegation returned," said Marais.

This means that Mapisa-Nqakula and her entourage left the country illegally without approval from the president and in violation of the Executive Ethics Code which governs executive travel. The DA will submit this information as supplementary evidence in our complaint against the minister with Parliament’s ethics committee.”

Ramaphosa this week directed that documentation relating to the controversial visit to Zimbabwe be made public.

He said from perusing Mapisa-Nqakula’s report ordered by Ramaphosa, the DA has deduced the minister only sought the president's approval for the trip a day before she left South Africa.

"This is in contravention of the ministerial handbook, which requires approval two weeks in advance. According to section 80(3) of the Defence Act, the minister may only authorise the usage of military aircraft for any person who is not an employee of the state after consulting with the minister of finance,"Marais added.

Meanwhile the Presidency says it has noted media reports and other commentary on the President’s approval of a request by the Minister of Defence and Military Veterans, Nosiviwe Mapisa-Nqakula’s recent travel to Zimbabwe.

In a statement on Thursday, the President's office said President Cyril Ramaphosa had received a written request for travel from Mapisa-Nqakula, dated 7 September 2020.

The Minister requested permission to travel to Zimbabwe from 8 to 10 September 2020 to conduct a bilateral meeting with her Zimbabwean counterpart, the Minister of Defence and War Veterans, Ms Oppah Chamu Muchinguri-Kashiri.

"As the President was not in Gauteng at the time, the Minister submitted her request; he gave verbal approval of the travel on 8 September 2020 and signed the relevant documentation upon his return to Gauteng.

Tweet
More in this category: « Ramaphosa calls for end all forms of violence against women - UNGA75. Livestream:State Capture Inquiry hears testimony from MP Cedric Frolick. »
back to top