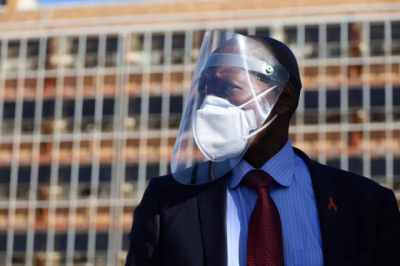 "I wish to categorically state I have never received any funds from Mr Sodi, either personally or through a third party intended for my personal benefit. I can confirm that during my tenure as the ANC treasurer-general, Mr Sodi, just like many other business persons, companies and organisations made donations to the ANC,"Mkhize said in a statement on Friday.

He said when he took over as treasurer-general, Sodi’s contacts were available in the ANC donors database as one of the people who had previously donated to the ANC.

Mkhize said Sodi either directly or through his entities made the following donations to the ANC:

"I once again state categorically that the above payments were deposited directly into the ANC’s official bank accounts, I therefore can only assume that the name Zweli Mkhize was used by the donor as a reference, given my capacity at the time as the treasurer-general."

He also said he never interacted with Sodi at a personal level.

Meanwhile the Asset Forfeiture Unit has obtained a court order to seize assets worth about R300m belonging to seven people implicated in the multimillion-rand asbestos corruption case.

"They are prohibited from making any changes, sell or transfer ownership of the property without the consent of the curator and in consultation with the AFU. They must, however, at any stage make the property available for inspection to the curator or a representative of the AFU," he added.

Sodi, whose address is captured as Bryanston in Johannesburg, was released on R500 000 bail.

The state alleges that fraud to the value of R255 million was committed in the appointment of Blackhead Consultants in 2014 as service provider to the department of human settlements in the Free State for the "assessment and removal of asbestos roofs and/or housing".

Tweet
More in this category: « Partnerships are crucial to the Success of AfCFTA. COVID-19 Daily Update:SA records 1749 new Covid-19 cases. »
back to top