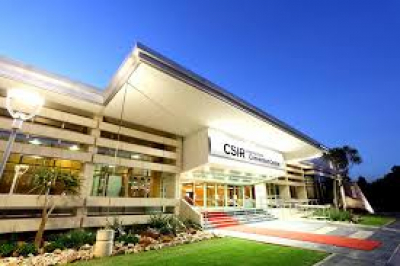 Africa’s leading research, development and innovation organisation, the Council for Scientific and Industrial Research (CSIR), has reached a major milestone, as today marks 75 years of its existence.

Established in 1945, the CSIR has, for seven and a half decades, dedicated its resources to improving the quality of life of South Africans through ground-breaking research, development and innovation.

The organisation’s mandate remained the intrinsic guiding force over the years, with the focus having been refined to respond to the global and local context.

A refined focus resulted in, for example, the spin out of a number of institutions and the establishment of science councils, such as the South African Bureau of Standards, National Research Foundation, National Metrology Institute of South Africa and the Human Sciences Research Council.

Professor Thokozani Majozi, Chairperson of the CSIR Board, said the organisation has a rich heritage and strong reputation for excellence and innovation.

“The CSIR is an exceptional organisation and our unique multi-disciplinary capability and the focus on making an impact in improving the quality of lives of South Africans is our steadfast pursuit.

“This outstanding feat bears testimony to the relevance of the CSIR and the role that it has played in our ecosystem of innovation since 1945. It has played an important role in shaping the country’s science, engineering and technology space,” said Majozi.

Testament to that is the sound track record and reputation that the organisation has built based on  leading research and technological development.

Some of the most impactful CSIR innovations and inventions throughout the decades include the first radar in South Africa (1945), the first microwave electronic distance measurement equipment, the tellurometer (1954), as well as the contribution of CSIR research to the invention of the lithium-ion battery in the 1980s.

True to its multidisciplinary nature, the CSIR’s impact has been experienced in diverse fields. In 1999, CSIR researchers developed a forecasting model to predict the outcome of the national elections, based on early voting results.

The model has since been successfully used to predict the results for all the national and local government elections.

In 2010, the organisation unveiled its state-of-the-art containment Level 3 laboratory for experiments involving HIV and TB pathogens. It enables researchers to conduct research and proof-of-concept studies for new HIV/Aids and TB diagnostics or therapeutics.

The CSIR 75-year anniversary comes as the world faces the biggest pandemic in a century, COVID-19.

Majozi said the fact that the CSIR managed to step up to the plate to support the country in its efforts to curb the spread of the virus demonstrates its uniqueness and relevance.

“We collaborated with a number of local partners to produce local ventilators that have been rolled out nationwide to patients showing respiratory distress in the early phase of COVID-19 infection. To date, 7 000 ventilators have been completed and delivered to hospitals and clinics,” Majozi said.

Over 18 000 COVID-19 tests have been conducted at an upgraded CSIR Biosafety Level 3 laboratory in a bid to boost the country’s testing capacity, in partnership with the National Health Laboratory Service.

Work is underway to manufacture South Africa’s own COVID-19 sample purification kits in large quantities, creating a steady local supply that will speed up testing and reduce the country’s reliance on international suppliers.