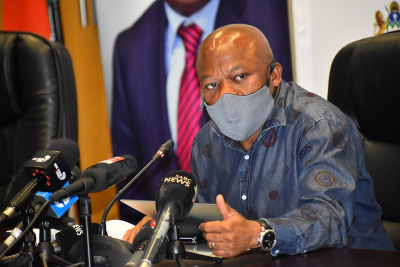 The KwaZulu-Natal government has applauded the Commission for the Promotion and Protection of the Rights of Cultural and Linguistic Communities (CRL) for launching an investigation into KwaSizabantu Mission.

The mission is accused of gross human rights violations following a News24 investigation lifting the lid on allegations of sexual, physical and emotional abuse, money laundering and corruption.

Former members have also accused KwaSizabantu of bearing a resemblance to a cult.

KwaSizabantu describes its organisation as a “non-denominational Christian mission station that reaches out to people of all racial and cultural groups bringing a message of repentance and hope and providing spiritual guidance, educational support and counselling”.

The mission station is situated between Greytown and KwaDukuza and is currently one of the largest missions in Africa.

“The provincial government believes that the CRL, an independent chapter nine institution, is the correct platform to establish the truth behind these serious allegations,” Premier Sihle Zikalala said in a statement earlier this week.

“The CRL has informed the provincial government that it has commenced with its work to investigate the allegations against the Christian mission,” he added.

The KwaZulu-Natal government believes that a hearing will allow everyone to present their side of the story before the commission.

“However, allegations that involve gender-based violence are very concerning to the provincial government and every attempt will be made to deal with this scourge.”

According to Zikalala, Human Settlements MEC Peggy Nkonyeni has been tasked to meet with KwaSizabantu leadership to understand the matter and ensure that economic activities helping people to get employment do not suffer.

KwaSizabantu owns aQuellé and Emseni Farming, one of the biggest sweet pepper producers in the country.

KwaSizabantu has denied all the allegations in a series of statements they have been releasing since last month when the claims came to light.