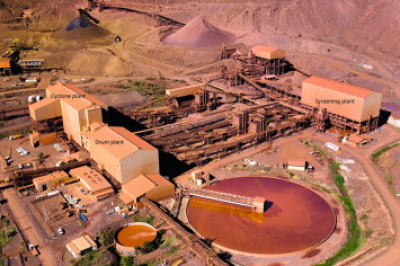 South Africa is slowly making inroads in beneficiation and industrialisation, with the successful construction of the first fuel cell manufacturing facility at the Dube Trade Port being a prime example of what the country can achieve.

October said Vodacom has already deployed 300 of its fuel cells, with the potential for an additional R1 billion in contracts with the telecoms sector.

One of the strategic objectives of the department, October said, is to facilitate transformation in the economy to promote industrial development, investment, competitiveness and employment creation.

“In the pharmaceutical sector, local manufacturer of vaccines, Biovac, was awarded 85% of the Expanded Programme on Immunisation three-year tender, a transversal health contract of the Department of Health. This sustained the 318 specialised jobs in the manufacturing facility in Cape Town.

“In the transition of HIV treatment, local manufacturers were able to access technology to locally manufacture the new treatment,” said October.

In the automotive sector, the DG said several strides have been made, including the launch of the Automotive Industry Transformation Fund in November 2019.

The aim of the fund is to seed, develop and grow black-owned companies within the automotive supply chain.

It is expected to be fully operational from 2021.

One of the key initiatives of the dtic has been the development of masterplans for different sectors of the economy, with the aim of developing and protecting them to ensure they contribute towards economic growth and job creation.

October said the Poultry and the Retail-Clothing, Textile and Footwear Masterplans were developed and launched at the Presidential Investment Conference in November 2019.

The South African Poultry Association (SAPA) made a commitment of investment to the tune of R1.7 billion, while R7 billion worth of investment was committed to the clothing and textile industry.

The Economic Development Department and the Department of Trade and Industry recently merged to form the dtic following a decision of President Cyril Ramaphosa to restructure government.

The Auditor-General gave both departments clean audit reports for the 2019/20 financial year.

Tweet
More in this category: « Sun City Helps Refurbish School in Moruleng village. Batohi warns the wheels of justice are turning. »
back to top