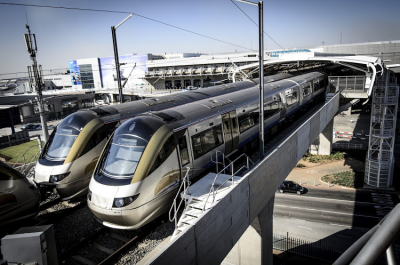 Gautrain has announced a limited-service for Sunday between 9 am and 6 pm.

Operations were grounded to a halt on Saturday due to a strike by workers affiliated to Numsa over a wage dispute.

The Bombela Operations Company, which manages the Gautrain, offered the workers a non-negotiable 4.1% increase, while Numsa is demanding 8%.

Wage negotiations between the parties deadlocked leading workers to down tools this week.

The move has led to major disruptions to Gauteng's train services with customers notified all services will be halted this entire weekend.

Gauteng Transport MEC Jacob Mamabolo called on the National Union of Metalworkers of South Africa and the Gautrain to find common ground in order to end the indefinite strike by workers.

Mamabolo said the prolonged strike will have dire consequences for commuters and their livelihoods: "We are deeply concerned about the fact that there is a strike and that commuters are definitely affected. To that extent, I have directed the government entity that is responsible for the Gautrain that they must engage the parties to ensure that the strike is resolved and is resolved immediately."

Gautrain apologises for the inconveniences and passengers will be kept informed of any changes in this regard.