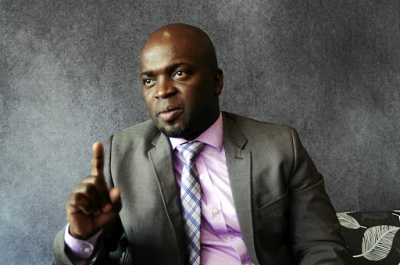 The Democratic Alliance has been rocked by allegations of sexual harassment involving the party’s Gauteng interim leader, Solly Msimanga.

Molapo claims that the conduct of the party has forced her to ditch the internal process and approach the SAPS to open a sexual harassment case against Msimanga who is the party’s interim provincial leader.

Msimanga has questioned the timing of Molapo's allegations that come six years after the alleged abuse.

He said Molapo never once mentioned being harassed while working with him and he has laid a crimen injuria case against her.

Msimanga said he would subject himself to a full investigation of a "relevant body" and also do a lie detector test, the outcome of which he would make public.

The sexual harassment complaint against Msimanga comes as the party is  grappling to recover from a sex scandal involving another former mayor of Tshwane, Stevens Mokgalapa. He was in February forced to resign after a video clip of him and former member of mayoral committee for roads and transport, Sheila Senkubuge, apparently engaged in an act of intimacy, surfaced.

The DA’s Mike Moriarty said that Msimanga has already subjected himself to a full investigation on the matter.

Meanwhile the ANC caucus in the Gauteng provincial legislature joined the fray, slamming the DA for trying to discredit the DA MPL.

In a statement, the ANC commended the bravery of Molapo for standing up for herself and all women in the province.

The ANC said it was shameful that the DA was discrediting and vilifying the complainant by further subjecting her to humiliation through casting aspersions on her integrity.