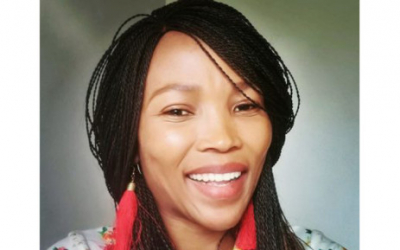 The Democratic Alliance (DA) has terminated the membership of Gauteng MPL Nkele Molapo after she was found guilty of leaking information to the Economic Freedom Fighters (EFF).

The party said in a statement on Friday that Molapo’s DA membership has been terminated with immediate effect.

She recently made the headlines for laying a sexual harassment complaint against former Tshwane Mayor Solly Msimanga.

DA provincial chairperson Mike Moriarty said the decision to terminate her membership is related to her leaking information to the EFF.

"In 2017, there was leaked information from the DA caucus to the EFF. In fact, it went directly to Julius Malema. It was discovered when Mr Malema posted a screengrab of a WhatsApp message he got from someone in the DA. After a short investigation, it was obvious that it came from Mrs Molapo."

Moriarty said they found more evidence that Molapo shared the party’s Tshwane strategies to the EFF.

It is not a secret that I was accused of leaking confidential party information to mr Julius Malema. What should be noted here is that even when Julius Malema denied ever receiving the screenshot from me in a November 2018 Sowetan article

Molapo was subsequently found guilty by the DA's federal legal commission despite claiming she had been framed.

She appealed the matter but has subsequently been found guilty again.

Tweet
More in this category: « "Lockdown" declared top SA word of 2020. Mkwanazi admits irregular expenditure was common occurrence in his tenure. »
back to top