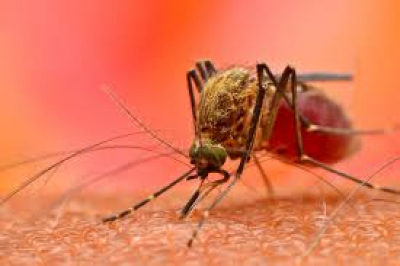 The Department of Health has urged communities affected by malaria and travellers to malaria endemic areas to take the necessary precautions to prevent contracting the disease, and seek treatment when they experience signs and symptoms.

“Malaria is a preventable and curable disease - when detected early and treatment is started promptly,” the department said.

SADC Malaria Day is observed on 6 November every year. The day aims to create awareness about malaria and mobilise the community to participate in the malaria control programmes.

On the day, communities are mobilised through health education to recognise signs and symptoms of malaria, provide more home-based treatment, seek treatment when they become ill, and use personal protective measures.

SADC Malaria Day 2020 is observed under the theme, 'Community Involvement is Key to Achieving Zero Malaria' and the slogan, 'Together We Defeat Malaria'.

According to the 2019 World Malaria Report released by the World Health Organisation (WHO), malaria cases decreased globally from an estimated 251 million in 2010 to 228 million in 2018, a decline of 9%.

In the SADC region, WHO estimated that three-quarters of the population is at risk of contracting malaria, with 35 million of these being children under five years of age and approximately 8.5 million pregnant women.

The report also noted that the level of malaria transmission varies from 'highly endemic' to 'stable' all year-round.

While many parts of Africa have a high burden of malaria, some Southern African countries, including South Africa, have reported relatively lower transmission.

National Health Department spokesperson, Popo Maja, said South Africa has made steady progress in reducing malaria morbidity and mortality over the past decades.

“South Africa is one of four countries in the SADC region targeting malaria elimination (zero local malaria transmission) by 2023. The key challenge that South Africa faces is a high number of imported cases from travellers and workers entering the country from neighbouring high burden malaria endemic countries,” the department said.

The department reminds communities at risk and travellers to malaria endemic areas that:

For further information on the prevention and treatment guidelines, and to learn more about malaria, refer to the Department of Health website http://www.health.gov.za.

Tweet
More in this category: « Matric exams off to a smooth start throughout the country. Professor Puleng LenkaBula appointed Unisa's first female vice-chancellor. »
back to top