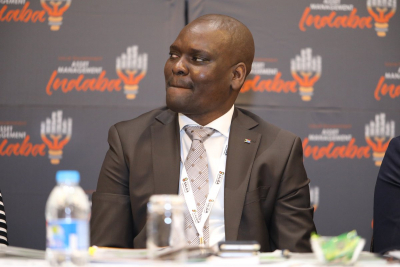 Ndobe, 46, who is believed to have been battling cancer, was found with a single gunshot wound to the chest. His firearm was found lying next to him, according to KwaZulu-Natal police.

Police spokesperson Thembeka Mbele said Ndobe's wife had told police the family were all seated in the living room when Ndobe had gone to the main bedroom.

"When he was sitting on the chair in the main bedroom he asked for water. When the deceased's wife was fetching water she heard a gunshot from the main bedroom," Mbele said.

The wife went to investigate and found Ndobe seated on the chair with a single gunshot wound to the chest.

"The deceased was identified as Mr Mluleki Ndobe, 46 years of age. The victim used his private firearm to shoot himself and the firearm was found lying next to him on the floor."

Mbele said one spent cartridge from the 9mm pistol was found on the scene with a live round still in the magazine. No suicide note was found and there were no suspicions that Ndobe might commit suicide, she said.

Ndobe was a former mayor of the Harry Gwala District Municipality.

He was linked to the 2017 murder of ANCYL leader Sindiso Magaqa.

Meanwhile the KwaZulu-Natal Legislature has expressed sadness at the passing of its Deputy Speaker, Mluleki Ndobe.

In a statement issued at the weekend, the Legislature said the country had lost an "upright leader, a deep thinker, and a true servant of the people".

"In this hour of grief, we find comfort in knowing that Mr Ndobe leaves behind a rich legacy for all of us to emulate,"said the legislature.

Ndobe, a teacher by profession, joined the legislature at the beginning of the 6th term in 2019 after having successfully served as the Mayor of Harry District Municipality.

"Because of his outstanding leadership traits, it did not take long for Mr Ndobe to fully grasp every facet of the legislative sector. His rare qualities earned him tremendous respect among his peers," said Legislature Speaker Nontembeko Boyce.

She said this was not surprising because throughout his life, Ndobe performed extraordinary deeds in various structures and domains he served in.

In recognising his leadership qualities, his organisation, the ANC, elected him to serve as the ANC Regional Chairperson in Harry Gwala region and later as the ANC Provincial Deputy Secretary.

At the time of his death, he was a member of the crucial ANC Provincial Working Committee. His colleagues at the legislature also saw it fit to make him the institution’s second in command.

Boyce said Ndobe belonged to the generation of leaders who dedicated their lives to serving the people with distinction.

"He will be missed for his ability to unite members of the legislature across the political spectrum towards a common goal. He will also be remembered for his love for education. After obtaining his education degree, he continued to broaden his horizons and received an MBA at Mancosa. He was reading towards his doctorate at the University of KwaZulu-Natal," she said.

Ndobe also represented the KwaZulu-Natal Legislature in the legislative sector’s Pension Fund Board where he also served as the Deputy Chairperson. His duties in the legislature included capacity building, members affairs and discipline.

Tweet
More in this category: « SA remain on high alert for a possible Covid-19 resurgence. Livestream:Kwinana in the hot seat at the State Capture Commission. »
back to top