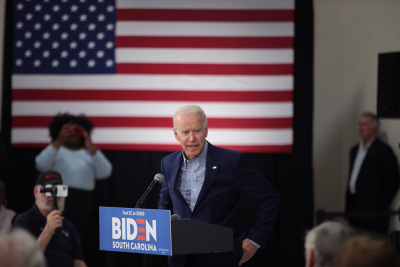 Joe Biden has won the 2020 US presidential election.

Biden won Pennsylvania, pushing him over the 270 electoral college votes needed for the presidency.

The former vice president took over the lead from Trump in the battleground states of Pennsylvania and Georgia, pushing him nearer to claiming the White House.

Protests have broken out in battleground states after Trump claimed without evidence that the election was being "stolen" from him in an extraordinary speech which has been criticised by both Democrats and Republicans.

The long and often bitter campaign has been dominated by the coronavirus crisis and its effects on Americans and the economy. On Wednesday, the US set a record for daily confirmed Covid-19 cases in a pandemic that has killed more than 233,000 people in the country.