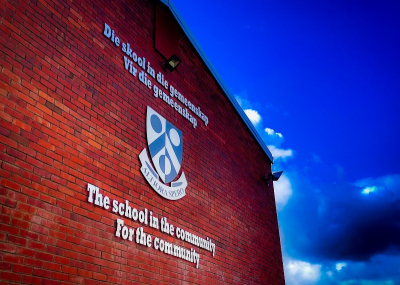 One person has been arrested outside Brackenfell High School in Cape Town where members of the EFF clashed with parents.

The 39-year-old male has been arrested after discharging a firearm during clashes between EFF members and parents of Brackenfell High School.

The school is embroiled in a racism row after it allegedly held a private function without inviting learners of colour.

EFF has called for the heads of two teachers to roll after they went to a private matric function that was only attended by white pupils and their parents.

However, the provincial Education Department said its hands were tied as they "cannot take action against educators who were invited as guests and attended a private event which they did not organise and had no prior knowledge of the attendees".

The EFF’s picket today follows demonstrations on Friday when the organisation gathered at the school and demanded that the two teachers as well as the principal be fired.

Their call follows black pupils saying they were neither informed nor invited to the event, which was organised by parents.

EFF Western Cape chairperson Wandile Kasibe claimed they were met with racism from some of the school community during the party’s demonstration on Friday.

"The event reproduced a space for segregation. The school has distanced itself from the event, but two teachers went. They must be fired.

The South African Police Service in the province said police will remain on the scene until calm is restored.

The SA Human Rights Commission (SAHRC) has meanwhile said the kind of exclusion displayed publicly at Brackenfell High School existed at schools across the province, including at majority black and coloured schools.

Following a call for the SAHRC to intervene, Nissen said a formal complaint would first go through the head office.