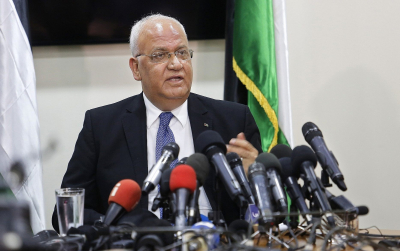 South Africa has conveyed condolences to the government and people of the State of Palestine following the passing of Dr Saeb Erekat.

Erekat was the Secretary-General of the Executive Committee of the Palestine Liberation Organisation (PLO), member of the Fatah Central Committee and prominent academic, the lead Palestinian peace negotiator, as well as a close friend of South Africa.

“It is indeed a great loss for Palestine, one of the recognisable persons among the Palestinian leadership and of great stature, who has displayed an extraordinary patience and resilience,” said the Department of International Relations and Cooperation (DIRCO).

The department said Erekat was deeply committed to protecting the rights and freedoms of all Palestinians, especially in light of the obstacles and immeasurable challenges faced by the Palestinian cause in the past decades.

“The people of Palestine have lost a committed leader and fighter, and a close and enduring friend of South Africa. Dr Erekat will be highly regarded and remembered for the exceptional roles he undertook.

“Over the course of decades, Dr Erekat served in a number of roles in the Palestine Liberation Organisation (PLO), including Minister of Local Government, chairman of the negotiation delegation and later secretary general.”

Erekat also dedicated his unwavering support for South Africa’s freedom struggle, and will be remembered by all in South Africa for his selfless contribution to the struggle while carrying the heavy mantle of Palestinian statehood.

DIRCO said the government and people of South Africa will continue to act in solidarity with the peoples and leadership of the region, as well as the international community in the development of a comprehensive, just and lasting solution to the Israeli-Palestinian conflict.

“This includes ensuring that the final status issues, including the status of Jerusalem, is not undermined by unilateral acts of countries in contravention of international law.”

Tweet
More in this category: « WHO warns of Global COVID-19 cases spike. Livestream:State capture inquiry continues to hear Denel-related testimony. »
back to top