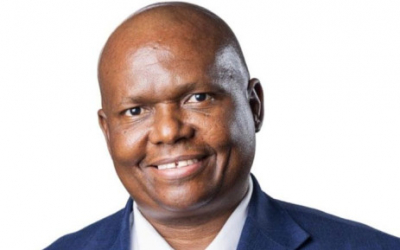 This was confirmed by his attorney Danie Gouws this evening.

Bobani was hospitalised three weeks ago with Covid-19.

He served as the Executive Mayor of Nelson Mandela Bay Metropolitan Municipality from August 2018 until December 2019.

He was previously the Deputy Executive Mayor and the Member of Mayoral Committee for Public Services.

Bobani has been a proportional representation councillor for the United Democratic Movement since 2002. He was the leader of the United Democratic Movement's caucus in the Nelson Mandela Bay council. Under his leadership, the UDM gained Ward 30 from the African National Congress in a by-election that took place in 2015. The party later lost the ward in the 2016 municipal elections.

Bobani was a qualified lawyer. He was married and a father of five children.

Tweet
More in this category: « Auditor-General Kimi Makwetu has passed away after a battle with cancer. National State of Disaster extended,International travel and alcohol sales restrictions eased. »
back to top