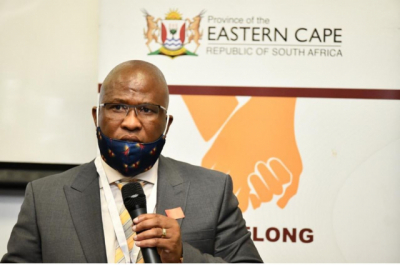 According to his office, Mabuyane took the test after showing flu-like symptoms.

“When his results came back positive, Premier Mabuyane started informing his family members, staff in his office, and some of the people he had met with recently about his test results,” the statement read today.

The Premier is encouraging everyone who has had contact with him in the past seven days to test for COVID-19.

The Premier will continue his official duties with his office, Members of the Executive Council, local leadership, national government and other stakeholders from home.

All events and programmes that he was due to attend have since been postponed for now.

Meanwhile, President Cyril Ramaphosa said government was looking into the situation in the Eastern Cape, which is showing signs of resurgence after recording 50% more cases than the previous week.

The province’s total number of new cases in the last 14 days also peaked by 145% than the previous 14 days.

The President said the massive spikes have been reported in the Nelson Mandela Metro and the Sarah Baartman District, while the province has noted an upward increase in hospital admissions.

“With many people moving between the Eastern Cape and other provinces – particularly the Western Cape – it is a matter of time before this surge spreads to other parts of the country,” Ramaphosa said during his address on Wednesday.

He has urged the public to adopt measures to contain the rise in infections.