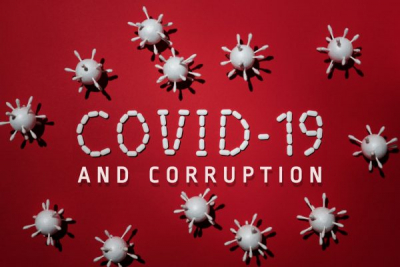 President Cyril Ramaphosa says the multiple agency anti-corruption task team, established after his announcement during the State of the Nation Address this year, is making headway and has prioritized 223 cases.

The President said this when he fielded oral questions in the National Assembly on Thursday.

“Much work has been done to ensure that these agencies have the necessary skills, the personnel and the resources that they need to undertake the demanding task of detecting, investigating and successfully prosecuting instances of corruption.

“In the main, it has also been the process of rebuilding these institutions. A crucial part of this work has been to improve a number of aspects of how they do their work. For instance, it has been to improve information sharing among them, coordination and cooperation and also doing so with other related institutions and not only law enforcement agencies.

“This is evident in the revitalization in the multi-agency anti-corruption task team which currently has 223 prioritized cases at different stages of investigation and prosecution,” he said.

The President said the fight against corruption and state capture has required quite extensive measures to stabilize and revitalize law enforcement agencies.

“We have had to do that with capable and ethical leadership that is able to restore the capability of these vital institutions,” he said.

He said much of the past two years has been focused on building up the capabilities of the institutions that the country relies on to combat corruption and state capture.

“… in recent months, there has been clear evidence of progress in bringing cases to court. Work is underway.”

He said, meanwhile, that government had dedicated resources to fight COVID-19 related corruption.

Since the beginning of the sixth administration, the elite crime fighting unit the Hawks has established task teams to fast-track corruption investigations in municipalities, government and the private sector, the President said.

“Together with the NPA, the Hawks prioritized 10 corruption related cases to fast track investigations and prosecutions.”

“Recent amendments to the state capture commission now allows the commission to share information records, documents, directly with the Investigative Directorate and any law enforcement agencies in South Africa.”