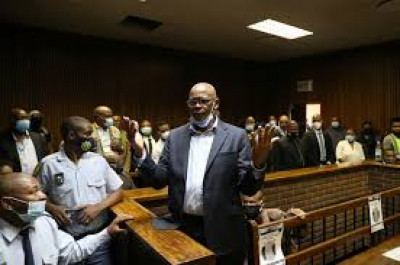 The National Prosecuting Authority(NPA) is confident of its case against ANC secretary-general Ace Magashule.

The ANC secretary general faces charges of corruption and fraud, that he abused his position of authority, breached the trust of his office and violated his legal duties while Premier of the Free State.

His charge sheet details incidents in which he allegedly received payments from suppliers facilitated by the late Ignatius Mpambani who was shot dead in Sandton in 2018.

Mpambani's Diamond Hill and Edwin Sodi's Blackhead company were awarded the R255 million asbestos contract – but the state capture commission heard that only a fraction of this was spent on the contract.

It also says Mpambani paid R250,000 for Magashule and a delegation of the province to travel to Cuba through Astra Travel.

The NPA’s spokesperson, Sipho Ngwema, believes they have a watertight case against all the accused including Magashule.

Ngwema said all accused would be back in court in February.

"We expect to add three more accused to the charge sheet and we are hoping that in February we will set a trial date."

The full press release expands on the charges pic.twitter.com/8TAJvWjnsL

Ngwema said they hoped that case would be moved to the High Court when it resumed next year,on the 19th of February 2021.

Tweet
More in this category: « Government put a number of interventions aimed at helping SA companies to invest in Africa. Zuma files application for Raymond Zondo’s recusal. »
back to top