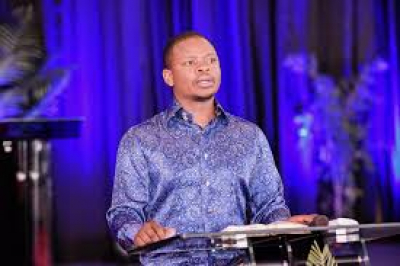 Self-proclaimed prophet Shepherd Bushiri has handed himself over to police in Malawi.

Reports are emerging from Lilongwe in Malawi that police went to his house last night to arrest him, but he was not there.

It's believed Interpol issued a warrant of arrest.

They had been released on R200 000 bail earlier this month, but last week, the couple fled to their home country of Malawi. They confirmed their escape on Facebook on Saturday morning.

On Monday, the Pretoria Magistrate’s Court granted the Hawks a warrant of arrest for the Bushiris.

On Wednesday, the Hawks said the North Gauteng High Court has issued warrants for the arrest of the Bushiris who also faced charges of fraud and money-laundering.

"At the time of their disappearance, Mr and Ms Bushiri had posted bail of R200 000 each and were required to regularly present themselves to authorities as part of complying with their bail conditions."

Tuesday's court proceedings into the formal withdrawal of bail and forfeiture of the bail deposit were postponed to 7 December.

Tweet
More in this category: « Vaal Dam records an increase in levels for second week in a row. UIF processing last round of COVID-19 claims. »
back to top