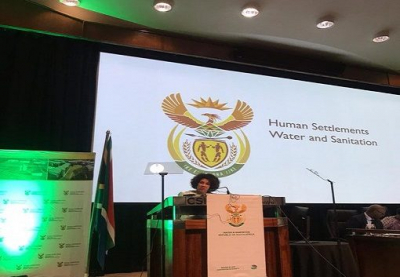 The Department of Water and Sanitation (DWS) has opened a criminal case against the Woestalleen Colliery Mine after suspending its water use license.

The department opened a criminal case against the mine and its business rescue partner following their continued pollution of water resources in Middleburg, Mpumalanga.

The criminal case was opened at the Hendrina Police Station in Middleburg on Tuesday while a directive to suspend the mine’s water use license was also issued.

According to the department, the mine was found to be non-compliant with the conditions of the Water Use License, and has also engaged in unlawful water use activities.

Chief Director of Compliance, Monitoring and Enforcement at the department Siboniso Mkhaliphi said the department has been inspecting the mine since 2016.

The colliery failed to present to the department, concrete plans to stop pollution of water resources.

“Following a site inspection at the mine, it was discovered that there is an unlawful discharge of poor quality from the dam into the Woestalleen Spruit. This poor quality water contaminates the Spruit and also impacts negatively on ground water resource, aquatic life and agricultural users who rely on the Spruit for irrigation purposes,” Mkhaliphi said.

The DWS is mandated by the National Water Act of 1998 to enforce proper water management and legislation compliance to the mining sector.

According to the department, most mining companies contravene the provisions of Act and cause pollution to South Africa’s rivers through the unlawful discharge of water containing waste.

Mkhaliphi said the department has conducted its administrative enforcement processes, however it did not receive cooperation from the mine.

“All of our enforcement tools have been exhausted and today we are implementing a process of suspending the water use license. We cannot afford to continue focusing on one mine water user that is non-compliant. This matter stops here and will follow the legal processes to enforce the user to comply,” Mkhaliphi said.

The Chief Director emphasised that the department opens a criminal case against any transgressor, as a last resort.

“We have engaged the mine on numerous occasions and they failed to present to us a convincing plan that they will sort the situation out. Our interventions are not punitive in nature but when polluters are not responsive, we seek recourse in our law enforcement agencies in line with National Water Act of 1998.”