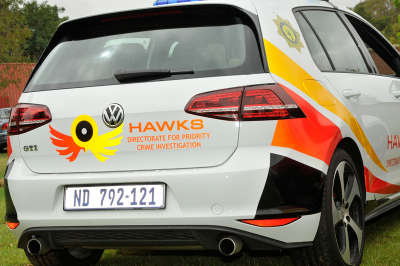 The suspects, aged between 30 and 65, are expected to appear before the Port Elizabeth Magistrates Court after they were warned to hand themselves to the Hawks this morning.

In a statement, the Hawks said the nine natural persons will be charged along with six juristic persons (entities).  The tenth person who was to be arrested passed away recently.

"The Metropolitan Municipality was among those selected for a rapid bus system in 2010 and the Integrated Public Transport System ‘IPTS’ project was administered with funding allocated by the National Treasury. In the same year another project called Implementation and Maintenance of an Institutional Contracts Management and Administration System (ICMAS) was undertaken," reads the statement.

The Hawks allege that service providers chosen on these two projects were reportedly irregular and their prices were allegedly inflated. The matter was reported to the Hawks for investigations in September 2018 following an audit report by the National Treasury between October 2014 and March 2017.

"It is alleged that the suspects operated a syndicate with common purpose to unlawfully circumvent the prescribed procurement processes to irregularly and fraudulently benefit specific suppliers or consultants,"said the Hawks.

It is further alleged that influential office bearers colluded with municipal officials and controlled decision-making in the appointments of specific persons in critical municipal posts. This was purportedly done to influence procurement processes as well as the appointments of entities willing to advance the interests of the syndicate.

The alleged objective was to ensure a steady stream of unlawful payments from the Municipality to members of the syndicate where the funds were distributed to other syndicate members.

The Hawks said this now forms the second leg of our investigation. The first leg was conducted in April 2017 and led to the arrest of six suspects that included two company directors, one entity, one municipal official and one person from Eastern Cape Province Rugby Union.

Tweet
More in this category: « SABC Board suspends Section 189 process. Minister challenges men to spread message of equality. »
back to top