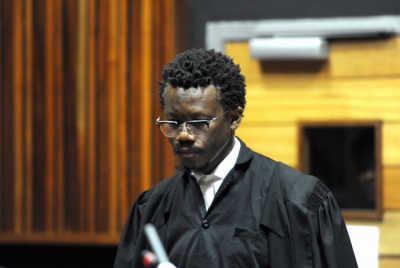 The foundation said on Friday it was challenging Zondo's dismissal of a recusal application by Zuma, and questioned the presence of Ngcukaitobi in Zondo's chambers during Thursday's proceedings.

The foundation has also commended the former president for walking out of the commission during a tea break on Thursday.

Zuma wanted Zondo to recuse himself from the commission before he could appear claiming that he and the deputy chief justice were friends and that Zondo had fathered a child with a sister of one of his friends.

Zuma’s lawyer Advocate Muzi Sikhakane SC told Zondo that he would be biased against him and that Zondo was a witness and a judge in a dispute that involved Zondo.

Sikhakhane threatened to escalate their complaints to the Judicial Service Commission.

Zondo denied that there was a friendship relationship between him and Zuma that would force him to recuse himself from the commission.

In a statement issued by the foundation it said it was disturbed that Zondo failed to "realise that as soon as his unusual statement was contradicted, he could not be the arbiter of his own dispute".

"We are gravely concerned at the reports that when Zuma’s legal team went to see Zondo in chambers, they found Zondo with Ngcukaitobi SC, whose role in the chambers was not explained. It is disturbing that the chairperson allowed such irregularities to occur in this matter.

"We stand by President Zuma and commend him for his firm stance of walking away from the Commission. It is indeed a comedy of errors, floundering from one error to the next.

"We commend President Zuma for risking it all in order not to legitimize an irregular process disguised as a legitimate Commission,"the statement said.

We know that Zuma and his team took this brave stance because they were not prepared to be bullied and elected to terminate their participation regardless of the risk of contempt proceedings.

Zuma assures us that he would rather face jail than allow himself to be bullied by an irregular, manipulated and unlawful process. We hope Zondo is aware that those pulling the strings behind the scenes do not have interest [sic] at heart and will drop him as quickly as they picked him," said the foundation.

The foundation concluded: "They can spin what happened all they like, their evil intentions were thwarted and prejudice blinded them."

Tweet
More in this category: « Donald Trump suffers double blow in bid to overturn US election results. Cyril Ramaphosa denies allegations he secretly profits from trophy hunting. »
back to top