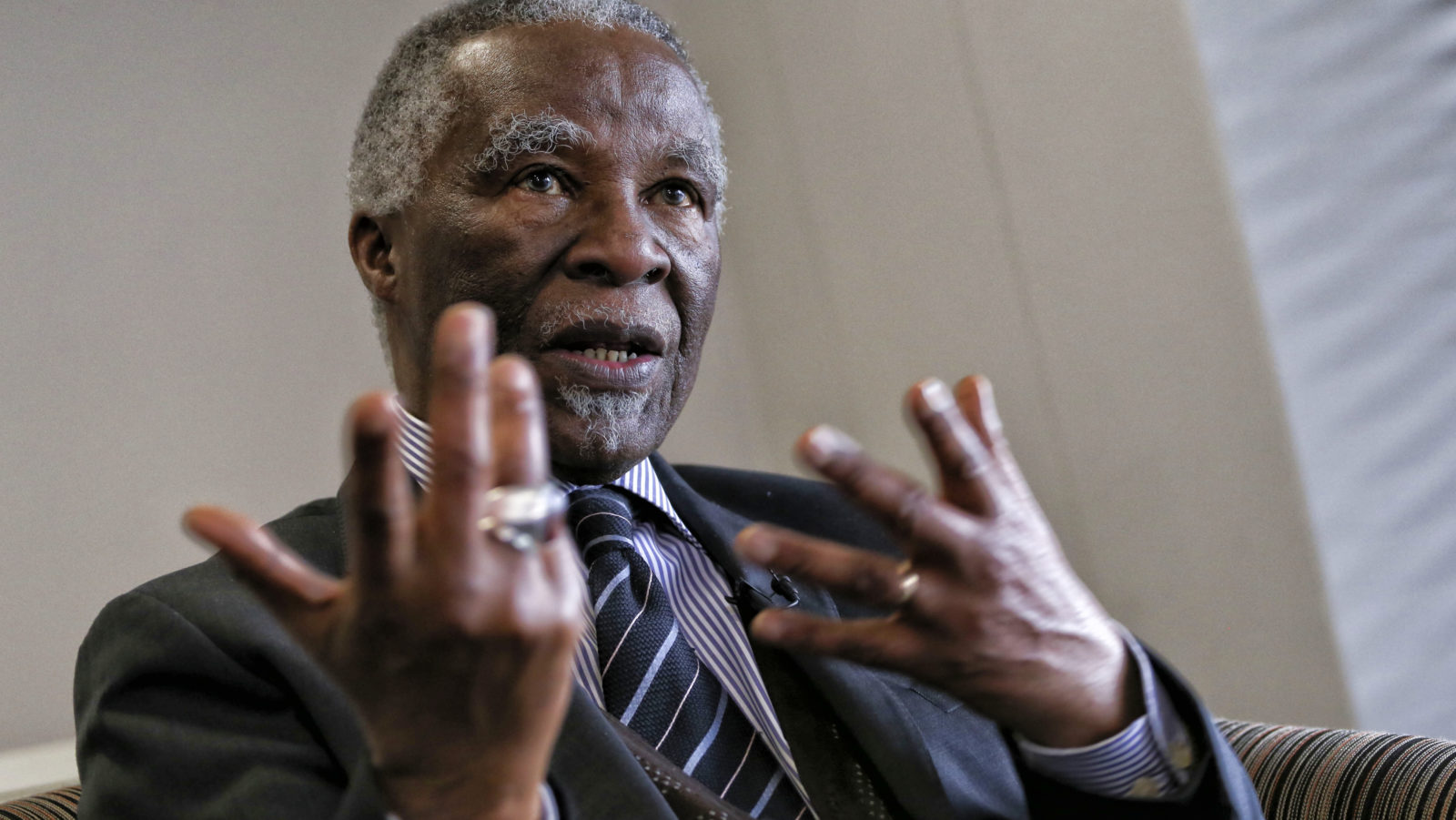 Last week our Patron, President Mbeki, addressed the Robert Mugabe Memorial Service organised in Durban by the ANC leadership in KZN. In his speech, he addressed only the matter of the relations between the late President Robert Mugabe and the ANC.

As we would expect, there were some in our country who were unhappy with what President Mbeki said and challenged the accuracy of some of his comments.

For instance, the Chief Editor of City Press, Mr Mondli Makhanya, wrote that "the biggest lie" which President Mbeki told about President Mugabe was that in 1990 Zimbabwe postponed its land redistribution programme to help facilitate the successful conclusion of the then South African negotiations.

We hereby confirm that President Mbeki stands by all the facts he presented at the Durban Memorial Service concerning the relations between the late President Mugabe and the ANC.

In the context of the accusation made by Mr Makhanya, we post, below, a report on the matter raised by Mr Makhanya as a 'Mbeki lie' as detailed in an independent, privately-owned Zimbabwe newspaper.

When pressed to explain the state’s lethargy on land reform in the early 1990s, Zanu PF politicians Didymus Mutasa and Nathan Shamuyarira argued that considerations of the possible implications of rapid land reform on South Africa’s transition from Apartheid to democracy inhibited radical land redistribution. They argue that there was a strong clamour from some Zanu PF members for total redistribution of white-owned land following the termination of the Lancaster House constitution’s 10-year property clause in 1990.

They also contend that in 1990 the Commonwealth Secretary-General Emeka Anyaoku held a diplomatic parley with the Zanu PF government in order to dissuade it from engaging in radical land reform, subsequent to the expiry of the Lancaster House constitution’s property clause. South Africa’s Nelson Mandela had been released from Robben Island prison and his ANC party was locked in negotiations with the Apartheid regime in 1990.

According to Mutasa and Shamuyarira, Anyaoku implored the Zanu PF government to desist from radical land reform because the resultant flight of white Zimbabweans would destabilise the Apartheid transition talks in South Africa. Shamuyarira maintains that Mugabe reluctantly agreed to begin extensive land seizures only after South Africa’s transition period was complete. However, Mutasa argues that this led to rising frustration amongst landless Zimbabweans, which set the ground for radical land seizures of white-owned farms in 2000 and after.

Zanu PF felt it had done a deal for South Africa. Mutasa explains the ANC’s later reluctance to criticise the Zanu PF government’s seizure of white-owned farms publicly as recognition of Zanu PF’s contribution to ensuring South Africa’s peaceful transition from Apartheid. “Zimbabwe was supposed to be an encouraging example for white South Africans that blacks and whites can reconcile and work together peacefully.”

Tendi interviewed Anyaoku in London to verify the authenticity of Mutasa and Shamuyarira’s claims. Anyaoku confirmed their claims:

“My diplomatic mission was to warn Mugabe not to touch the land when the Lancaster House Constitution’s protection of white farmers’ ended. The end coincided with the beginning of negotiations to end Apartheid in South Africa. I told Mugabe that taking over white farms would scupper what (FW) de Klerk was trying to achieve. South Africa’s white community was very powerful. Taking over white property in Zimbabwe would alarm white South Africans. Fearing for their material and financial assets, they would use their influence to scupper the negotiations. I put this strongly to Mugabe. He was reluctant to agree but saw the force of my argument. He agreed to protect white farms until the transition was finished.

He wanted speedier land reform and said he was under pressure from his party to do it. I was closer to Joshua Nkomo than I am to Mugabe. Nkomo was one of those who felt 10 years had been a long enough wait for land. Nkomo wanted all the land returned to Africans. I urged them to be patient.”
Subsequent to this meeting, Anyaoku communicated Mugabe’s assurance that he would not risk destabilising transition talks in South Africa by taking over white farms to the ANC via Thabo Mbeki. Tendi asked Anyaoku why he did not document this diplomatic dealing in memoirs on his tenure as Commonwealth Secretary-General from 1990–1999.

Anyaoku expressed “regret” for not having documented this because it “explains why Mugabe waited that long to complete land reform and Mbeki’s response to land takeovers in Zimbabwe”. Anyaoku argues that at the time of writing up his memoirs, he did not realise how relevant this diplomatic deal would be in helping to make sense of events in Zimbabwe after 2000.

Tweet
More in this category: « US President Donald Trump-Ukraine memo. Jacques Chirac, former French president, dies at 86. »
back to top