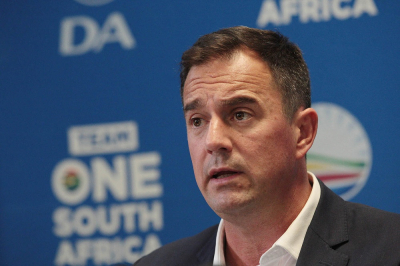 The Democratic Alliance (D) has lost its court bid to have the beaches along the Garden Route reopened.

The Western Cape High Court delivered the ruling on Tuesday.

The DA took the matter to court on Monday, arguing that government's decision to close the beaches during the festive season would have devastating consequences for the tourism sector.

President Cyril Ramaphosa announced last week beaches would be closed after a spike in Coronavirus cases along the Western and Eastern Cape coastlines.

In a statement, DA leader John Steenhuisen said: "While we are disappointed by the ruling in favour of beach closures, we welcome the amended hours of beach operation."

He said the party was still deeply concerned at the blanket closure of the Garden Route’s beaches over the festive season.

"While we respect the judgement, we understand that this ruling remains a devastating blow to the thousands of small businesses along the Garden Route which are now at serious risk of collapse.

"This problem will not go away once South Africa emerges from the coronavirus pandemic, and we cannot ignore the risk to livelihoods which many lockdown restrictions present," said Steenhuisen.

The party argued that there was a balance to be struck between saving lives and preserving the nation's economy. Its argument was heavily reliant on the closure of the Garden Route beaches, where towns are heavily dependent on tourism.

In a separate case, in the Eastern Cape, the Kouga Municipality submitted an urgent application to the courts to have the decision to close all beaches in the province overturned.

The Gauteng High Court in Pretoria will also deliver its judgment on Wednesday in three separate applications in which it has been asked that certain beaches in the Eastern Cape and those along the Garden Route be opened to the public during this time.