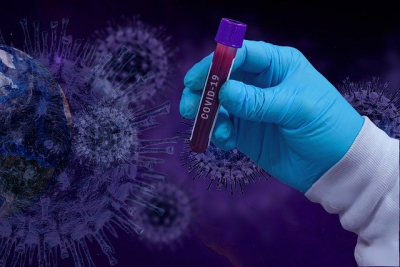 Health minister Dr Zweli Mkhize says that the government will review lockdown restrictions in South Africa as the country sees a spike in Covid-19 infections.

Mkhize said that the coronavirus continues to spread exponentially and that the rate of spread is much faster than the first wave.

"We must warn South Africans that we will need to review the current restrictions and consider further measures to ensure that we curb this alarming rate of spread," he said.

Mkhize said that all provinces, with the exception of the Eastern Cape, continue to report an increase in their number of cases. KZN, the Western Cape, and Gauteng reported the largest increase in cases – comprising 81% of the total new cases reported.

"Therefore it will be important for us to evaluate the situation, identify hotspots in these areas and make recommendations based on these findings and the outcomes of what has been implemented in the hotspots that have been identified so far, "Mkhize said.

The warning comes after the UK government announced new travel restrictions for South Africa due to the detection of a second variant of Covid-19 in the country.

In a statement yesterday, the UK’s Health and Social Care secretary Matt Hancock said that the restrictions would take effect immediately and that flights to South Africa will stop. He added that anyone in the UK who has been in South Africa in the past two weeks must quarantine immediately.

As part of our surveillance, and thanks to the impressive genomic capability of the South Africans, we have detected two cases of another new variant of coronavirus here in the UK.

"Both are contacts of cases who have travelled from South Africa over the past few weeks," he said.

Hancock said that the UK was grateful to the South African government for the rigour of its science, and the openness and the transparency with which it has acted.

"This new variant is highly concerning because it is yet more transmissible and it appeared to have mutated further than the new variant that has been discovered here, "he said.

The health secretary said that all individuals in the UK who had contracted the variant originating in South Africa had been placed in quarantine as well as their close contacts.

Tweet
More in this category: « Mkhize issues a warning to review current restrictions, as SA records 14 046 COVID-19 cases. Portfolio Committee calls for intervention in Beit Bridge congestion. »
back to top