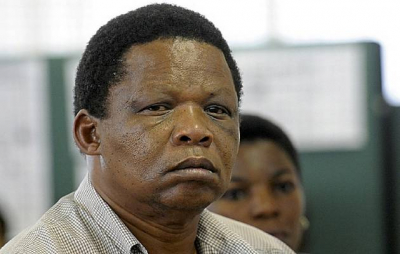 Former South African ambassador to Uganda Jon Qwelane has died in hospital, at the age of 68.

Born on 10 September 1952, Qwelane was a talkshow host for 702 for a decade, according to South African Journalists’ Wiki.

He was the founding member of the Writers’ Association of South Africa.

Qwelane was appointed South Africa's ambassador to Uganda in 2010.

The veteran journalist has recently been in a legal battle for his controversial 2008 column titled "Call me names but gay is not okay".

However, In November last year, the Supreme Court of Appeal (SCA) upheld an appeal by Qwelane and declared that section 10(1) of the Promotion of Equality and Prevention of Unfair Discrimination Act (Pepuda) was unconstitutional.

The case has its genesis about 12 years ago when Qwelane wrote an article published in the Sunday Sun.

In the article, Qwelane compared gay and lesbian people to animals and suggested they were responsible for the rapid degeneration of values in society.

This prompted the commission to refer a hate speech complaint against Qwelane.

While the high court ruled in 2017 that Qwelane's utterances were hurtful and ordered him to apologise, the SCA set aside the high court order in November last year and declared section 10(1) of the act as unconstitutional.

The criticism was lodged by way of the Promotion of Equality and Prevention of Unfair Discrimination Act (Pepuda), which the SCA discovered to be unconstitutional.

The SCA’s judgment is now before the Constitutional Court for confirmation.

His family has asked for privacy during this difficult time.

Tweet
More in this category: « South Africans poised for a 'bumper wet Christmas'. SAPO urges customers not to pay for place in front of queues. »
back to top