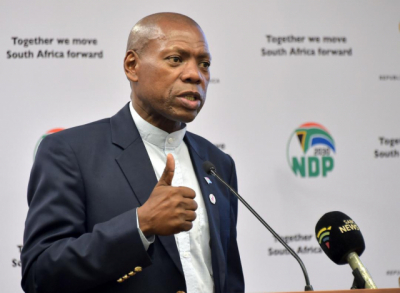 South Africa’s health minister Dr Zweli Mkhize has questioned a statement by his UK counterpart, Matt Hancock, around South Africa’s link to the mutated coronavirus strain that’s been spreading in the UK.

The UK secretary for health said in a press briefing earlier this week, that a second new variant of the coronavirus has been detected in the UK having first been discovered in South Africa.

As a result, he implemented travel restrictions on those entering South Africa, while the health secretary urged those who had arrived from the country to self isolate for two weeks.

"As part of our surveillance, and thanks to the impressive genomic capability of the South Africans, we have detected two cases of another new variant of coronavirus here in the UK.

"Both are contacts of cases who have travelled from South Africa over the past few weeks," he said.

"This new variant is highly concerning, because it is yet more transmissible and it appeared to have mutated further than the new variant that has been discovered here," Hancock said.

Mkhize said that the government had noted Hancock’s briefing, "and must register our concern that some of his utterances have created a perception that the variant in SA has been a major factor in the second wave in UK. This is not correct".

"There is evidence that the UK variant developed earlier than the South African variant," he said.

He said that on 14 December, the UK reported to the WHO that a variant had been identified and traced back to 20 September 2020 in Kent, South East England- approximately a month be-fore the South African variant appears to have developed.

This variant has a mutation occurring at a site common with the South African variant (the 501), although they are two completely independent lineages, the minister said.

The UK variant is thought to be driving the second wave that the UK are experiencing currently.

"In addition, the UK variant has already been identified outside of the UK as reported by Prof Neil Ferguson, a top British scientists who told the UK’s science and technology committee two days ago that evidence from Denmark, a country with a relatively low infection rate, suggests that 'almost certainly' the new virus variant identified in the UK is already in the great majority if not all' European countries.

Mkhize said he is also concerned that there is rhetoric developing that the 501.V2 variant is more transmissible than the the UK variant or may potentially cause more serious morbidity and mortality.

"This has come in the wake of two samples collected from contacts of South African travellers testing positive for a SARS-COV-2 variant genetically identical to 501.V2.

We have consulted with our genomics team who have assured us that, at present, there is no evidence that the 501.V2 is more transmissible than the United Kingdom variant- as suggested by British health secretary.

"There is also no evidence that the 501.V2 causes more severe disease or in-creased mortality than the UK variant or any variant that has been sequenced around the world."

He said that banning travel between UK and SA is an unfortunate decision. Such a decision would require more scientific evidence than is currently available.

There is no evidence that the SA variant is more pathogenic than the UK variant to necessitate this step, he said.