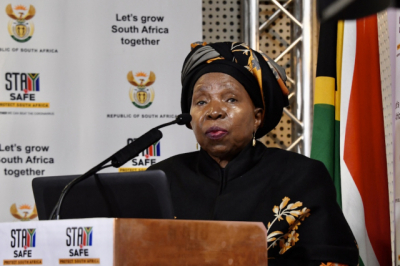 Government departments gazetted a couple of changes to the current lockdown regulations under the Disaster Management Act, which make slight changes to the restrictions currently in effect.

The most notable change is the allotted beach time, for the beaches in the country that remain open to the public.

Cooperative governance minister Nkosazana Dlamini-Zuma has signed an amendment extending permitted time on the beach by four hours, taking it from 09h00 – 18h00 to 06h00 – 19h00.

Activity on these beaches will be monitored, and people are expected to maintain all social distancing and prevention protocols (including mask wearing), and loud music is prohibited.

Many of the country’s beaches were shut down during the festive season, and will remain so until the 3rd of January.

All of the beaches in the Eastern Cape are closed until that date, while beaches in KwaZulu Natal will be closed on specific days, including today (26 December), 31 December 2020, and 1, 2 and 3 January 2021.

Dlamini-Zuma also made changes to border posts, taking the 18 border posts that have been partially operational into full operation, and opening one more – the Kosi Bay port of entry, which will open on 1 January 2021.

There has been a growing crisis at South Africa’s borders, particularly the Beitbridge border post where people have been queueing and waiting for days to cross over into Zimbabwe.

The International Cross-Border Traders’ Association (ICTA) has blamed Zimbabwe for the delays, saying the Zim government did not respond in kind when South Africa re-opened its borders to allow people to return home for the festive season.

Another notable change comes from the Department of Transport, which has extended the validity of interprovincial and intraprovincial operator licences until August 2021.

This grace period is similar to the one given to normal licences, which were given an extension at the start of December.

Licences that expire during the period from 26 March 2020 up to and including 31 December 2020 will remain valid, and their validity periods are extended for a further grace period ending on 31 August 2021.