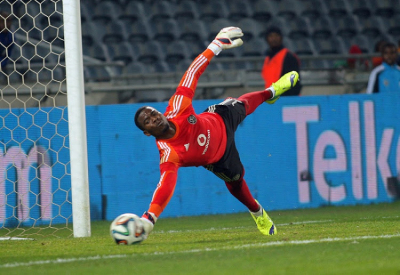 The tombstone of the late Bafana Bafana and Orlando Pirates goalkeeper Senzo Meyiwa has been vandalised.

Meyiwa was shot and killed on October 26, 2014, at the home of his girlfriend's mother. It has been six years since his murder and there are still wild allegations floating around.

VANDALIZED: Former @BafanaBafana goalkeeper and captain Senzo Meyiwa's tombstone has been vandalized, 2 months after it was unveiled in Clermont, Durban. pic.twitter.com/JSPmXqlOGd

The police have still not named the person who fired the shot that killed Meyiwa, although they have reportedly located the murder weapon at Cleveland police station in Johannesburg.

However, on the 26th of October 2020, the South African Police minister Bheki Cele announced that five suspects were arrested and they are linked to the murder case of the former Bucs shot-stopper.

The case was postponed to 5 March 2021 following a brief appearance in court of the five suspects.

Twitter
More in this category: « Seven killed in crashes in Gauteng so far this Christmas weekend. Former eThekwini deputy mayor Nomvuzo Shabalala has died. »
back to top