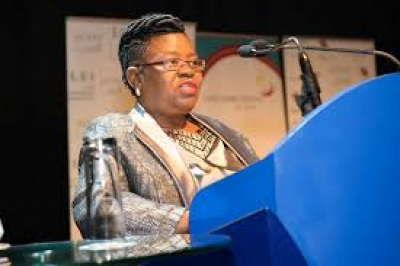 SACP said in a statement that Shabalala died in the early hours of Saturday morning on 26 December she was hospitalised last week.

She also joined Parliament in 2019, serving on the portfolio committee on basic education and the joint committee on ethics and members interests.

"She was re-elected during the May 2019 general election. Before then she served as a Councillor and Deputy Mayor of the eThekwini Metropolitan Municipality. The governance of the eThekhwini Metropolitan Municipality was fairly sound under her leadership and that of Cde James Nxumalo as the Mayor under the challenging circumstances that they and the entire council and municipality found themselves faced with," SACP statement read.

The statement concluded: "In memory of Nomvuzo Shabalala, the SACP reiterates its unqualified support for the strengthening of the progressive women’s movement and the intensification of the struggle to end economic exploitation and patriarchy and dismantle racism in our society. It is an essential part of this struggle to confront the networks of neoliberalism, its austerity agenda, and state capture and looting of public resources."

Meanwhile ANC in KwaZulu-Natal says it has lost five veteran leaders in the province to COVID-19 in the past week. The latest death is that of a member of the National Assembly, Nomvuzo Shabalala, who was also former eThekwini deputy mayor.

As the second wave of COVID-19 ravages the country, KZN has the third highest number of infections nationally with 17.9% of the burden. On Christmas Day, the province suffered 27 deaths due to the virus out of a total of 293 nationally.

Shabalala's death has shocked those who worked closely with her. KZN SACP chairperson, James Nxumalo, who served with Shabalala during his tenure as eThekwini mayor, says they are devastated.

Nxumalo said Shabalala served the ANC and the SACP with diligence.

"We are all shocked and devastated and shuttered about the sad news that we just received this morning that Comrade Nomvuzo Shabalala has passed away. We are all shuttered, we don’t have the words to express our shock and devastation because many people would remember that Comrade Nomvuzo Shabalala was an outstanding leader; very committed and dedicated kind of a person, a gender activist kind of a woman. She was deployed to eThekwini as a member of an executive committee and Deputy Mayor of eThekwini and she was also a leader of the SACP."

To date, 3 901 people have died from the virus in the province.