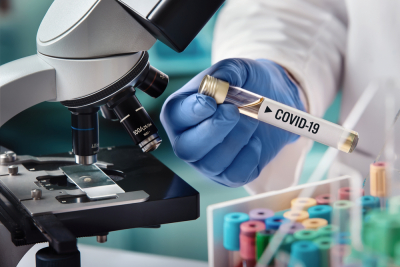 The Democratic Alliance (DA) wants Parliament to convene an emergency meeting before the new year to debate the country’s COVID-19 vaccination plan.

President Cyril Ramaphosa announced on Monday night that the country had forked out R327 million to the World Health Organisation’s (WHO) Covax facility to secure a vaccine.

The DA is seeking clarity on this.

In a statement, DA chief whip Natasha Mazzone said South Africans deserved to know the truth about the country’s plans to fully acquire the much-need treatment.

"We believe that an urgent debate of national importance will allow members of Parliament to critically engage Cabinet ministers such as Tito Mboweni, Zweli Mkhize, and Nkosazana Dlamini-Zuma on their respective departments’ plans and the alternatives they considered (such as the DA’s proposal to halt the bailout of SAA and redirect the money to acquiring vaccines). The debate can easily be held in a virtual plenary before the clock ticks into the new year, "Mazzone said.

She added: "As we approach the new year, South Africans deserve to know the truth about the government’s vaccination plans and what awaits our nation in 2021. We cannot afford to get locked into a cycle of lockdowns that damage our economy and destroys lives and livelihoods."

"The debate can easily be held in a virtual plenary before the clock ticks into the new year."

DA argues that Ramaphosa must come clean on the roll out of the coronavirus vaccine as a matter of urgency. South Africa does not need a task team for this acute need in our country, "we need to know which vaccine has been approved, the date of its arrival and what the plan is for a swift roll-out. Furthermore, we need to know which South Africans will be prioritised, and we need to know whether regulatory bodies are dragging their feet to approve this groundbreaking medical development."

The truth of the matter is that while South Africa was banning the sale of cooked food and tobacco products and telling South Africans what they could wear, other governments were hard at work procuring and preparing roll-out plans for one of the four available Covid-19 vaccines.

The vaccination rollout is continuing apace across the EU and UK. In countries such as Chile, Costa Rica, and Mexico, where the socio-economic circumstances are not dissimilar to our own, vaccines are already being rolled out nationwide at great pace. The South African government has no excuse for its negligence in this regard and owes South Africans an explanation, said the opposition party.

There have been concerns that the country missed its first two payment deadlines to secure its place in the COVAX Covid-19 vaccine distribution scheme.