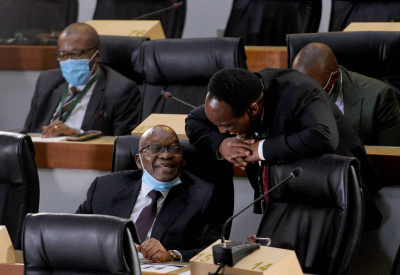 Sikhakhane "was infected with the Covid-19 virus a few weeks ago and subsequently experienced very severe symptoms, which required hospitalisation".

He is recovering in hospital according to PABASA.

Read the statement regarding the health of Muzi Sikhakhane SC below: 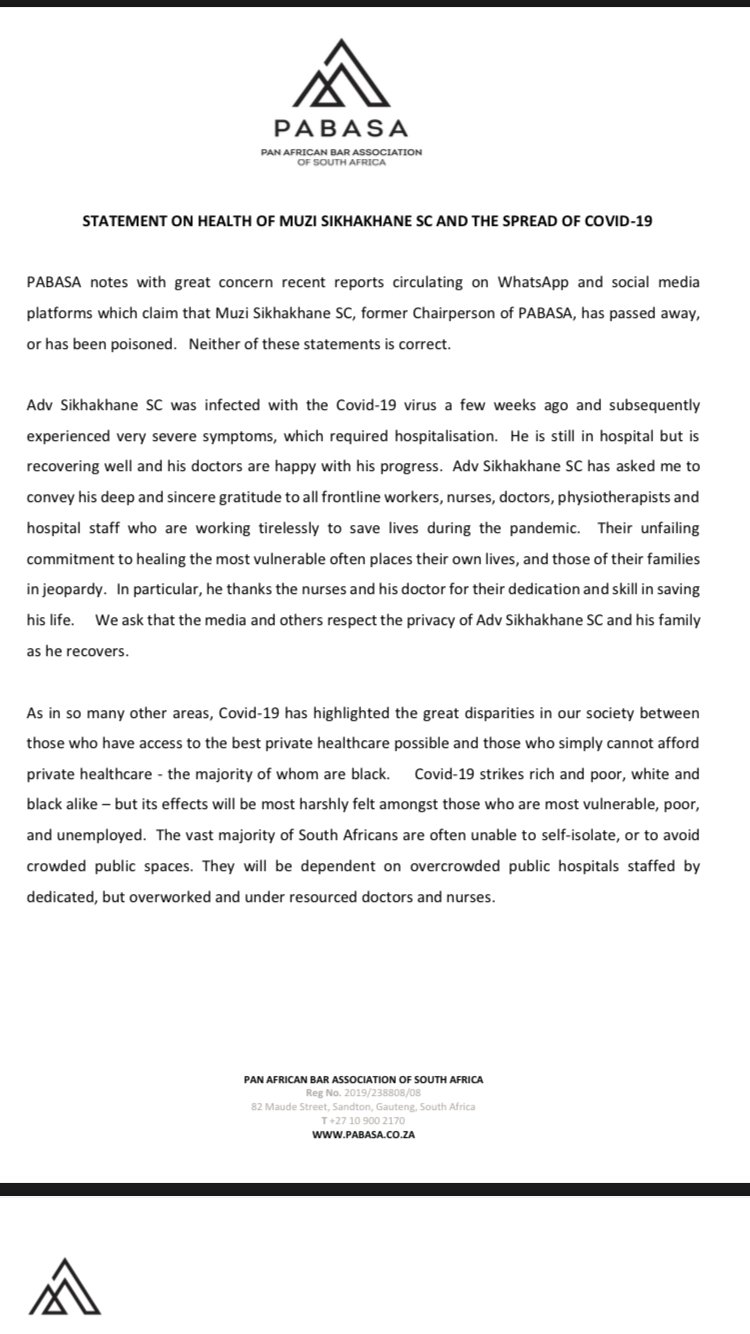 That's the word from Edward Zuma following a report that the former president and his wife Gertrude Sizakele MaKhumalo were hospitalised after testing positive for Covid-19 on Tuesday.

He said: "We wish to inform the South African public about the health condition of former president Jacob G Zuma."

Sunday World reported that a source confirmed the former first couple were admitted to Netcare The Bay Hospital in Richards Bay, northern KwaZulu-Natal.

The paper said it relied on information it got from an unnamed source who is apparently clued up with most goings-on within the Zuma household.

However, in rebutting the story, Edward said people are "desperate" as he had breakfast with his father and stepmother yesterday.