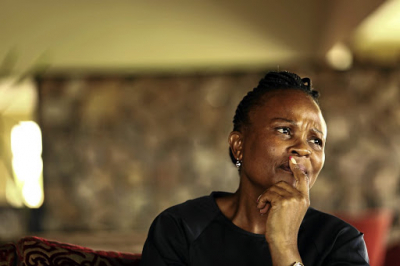 Public Protector, Busisiwe Mkhwebane, has accused the Democratic Alliance (DA) of publishing false and defamatory statements about her. This comes after DA parliamentarians claimed that Mkhwebane was a spy whose appointment as Public Protector was aimed at perpetuating State Capture.

Mkhwebane has won the first round of the legal battle against the DA, in which she demands a public apology from the official opposition. The matter is now heading to the Supreme Court of Appeal (SCA) in Bloemfontein.

The DA has filed papers in the SCA in which it seeks to compel Mkhwebane to reveal certain records. They include Mkhwebane’s application for the post of Analyst in the State Security Agency and her confirmation of her acceptance of the job offer.

The High Court dismissed the DA’s application to compel Mkhwebane to produce the requested documents. The court ruled that it would be inappropriate and illogical for the DA to rely on the requested documents to prove the truthfulness of their statements. It was further ruled that DA parliamentarians, Glynnis Breytenbach and Werner Horner, had publicly stated that they had evidence to support their allegations.

The appellants contend that Mkhwebane’s employment at the State Security Agency is also relevant to the rationale for her nomination and subsequent appointment as Public Protector in 2016. And that the requested documents may advance their case.

She added that the official opposition has delayed filing their answering affidavit for more than two and a half years. And that the prejudice that they are complaining of is far-fetched and unjustified. She has further argued that the DA cannot approach the court to seek its indulgence to justify the publication of its wrongful statements. All that Mkhwebane is asking for is a retraction and an apology, not for any payment of money.

Mkhwebane has submitted that the DA’s application to compel submissions of documents can only be granted in exceptional circumstances. And that the onus is on the party to prove the veracity of their claims.

Tweet
More in this category: « Stage 2 load shedding to continue on Wednesday. KZN put measures to increase bed capacity to manage spike in infections. »
back to top