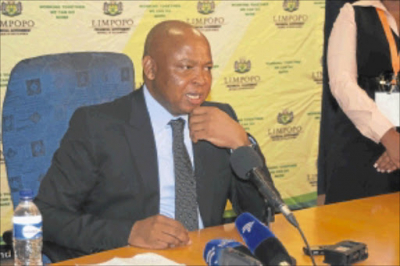 It said Mathale was currently asymptomatic and was self-isolating.

"Mr Mathale is one of 21,294 employees of the SA Police Service who have been infected with the coronavirus," the ministry said in a statement.

The ministry said 336 members had lost their lives to the virus, while 337 were recovering in hospital.

The ministry said Mpumalanga and Limpopo provinces have recorded the lowest infections, at 724 and 595 respectively.

Police minister Bheki Cele wished Mathale and all the members of the police a speedy recovery.

"I’m also sending the deepest condolences to all the members in blue who have succumbed to this killer virus. I hope these infections and deaths don’t deter the remainder of the police service in forging ahead with the job at hand."

Tweet
More in this category: « SAPS concerned at spike in cash-in-transit incidents in Gauteng. North West Premier urges communities to adhere to level 3 regulations. »
back to top