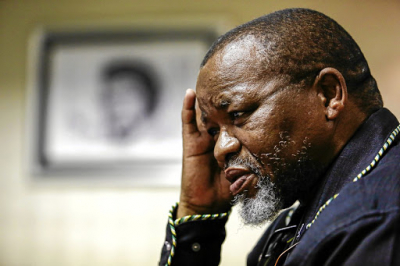 Minister of mineral resources and energy Gwede Mantashe has denied that he broke the Covid-19 alert level 3 regulations set by President Cyril Ramaphosa by going ahead with a potentially superspreader event in his hometown of Cala.

Mantashe confirmed that a two-day wedding celebration had been planned for December 28 and 29 before Ramaphosa’s announcement.

The wedding took place a day after the national command council on coronavirus took a decision to introduce more restrictions to curb the rising number of Covid-19 infections.

Mantashe’s full explanation has been shared by TimesLive, after the ANC stalwart finally broke his silence on the matter.

However, he defended his family’s decision to go ahead with the wedding celebrations.

"We made the announcement and invited people a long time ago, so these are not rumours. We advertised this and invited people to a wedding on December 28 and 29. We cut the numbers. When we sent the invitation, it was 100 on indoor event and 250 outdoor, that is what we stuck to."

To manage the situation, Mantashe said the family went to the police in Cala to report that the family was hosting an event.

Naidoo said Mantashe arrived at the police station between 8am and 8.30am. "He said, 'listen, these people are still here. The wedding already happened yesterday and the president made the pronouncement last night and I have these people.' So we said 'not a problem, they must be dispersed' and then they dispersed them."

He believes he did not break the law.

Tweet
More in this category: « For the first time in its history Bara records zero trauma cases. DBE release new directives ahead of marking matric exam and 'is ready' for 2021 academic year. »
back to top