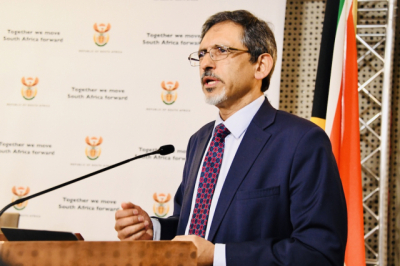 South Africa started trading under two new agreements on Friday as the first goods began to flow under an Africa-wide free-trade pact and the UK left the European Union’s single market.

The deals are with African countries ready to trade under the free-trade accord and with the UK under the Southern African Customs Union, Mozambique–UK Economic Partnership Agreement, the Department of Trade, Industry and Competition said in a statement.

The UK completed its divorce from the EU on Friday, leaving the bloc’s single market and customs regime more than four years after voting for Brexit and with the country still in the grip of the pandemic.

The accords mean exports can continue seamlessly to the UK, one of South Africa’s largest trading partners and that legal and administrative processes for preferential trade under the African Continental Free Trade Area have been put in place, the DTIC said.

All but one of the 55 nations recognized by the African Union have signed to join the area and 34 have ratified the accord. A fully implemented deal could cover a market of more than 1.2 billion people with a combined gross domestic product of $2.5 trillion.