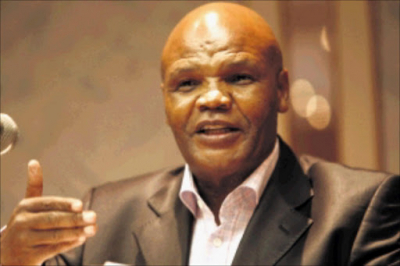 Former Athletics South Africa president Leonard Chuene has died at the age of 68.

This according to a statement by the Comrades Marathon Association.

The CMA wrote in a statement: "The Comrades Marathon Association (CMA) is saddened by the tragic passing of Comrades Marathon honorary member, green number runner and former Athletics SA president Leonard Chuene. He was 68 years old.

He ran for the Diepkloof Athletic Club, of which he was also a long-standing chairperson; as well as being a member of the Central Gauteng Blind Sports in later years.

Chuene has also been credited with founding the Soweto Marathon, along with athletics administrator Banele Sindani and development officer Boycie Ntlwane.

CMA chairperson Cheryl Winn was quoted as saying: "We are deeply saddened by the untimely passing of a true Comrade, Leonard Chuene. His passion for the Comrades Marathon and running in general will be remembered by many, as well as his contribution to athletics during his lengthy tenure at our athletics federation, ASA. Our thoughts are with his loved ones at this sad time."

Chuene was replaced as ASA president by James Evans in July 2011.

Chuene was banned from involvement in any sport under the jurisdiction of Sascoc for seven years, and Maponyane was handed a five-year ban.