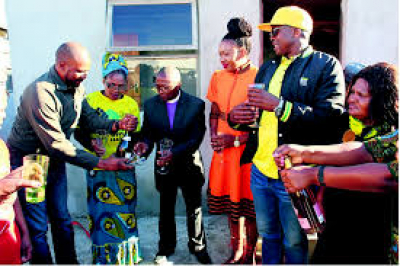 The ANC caucus in Cape Town is to investigate the arrest of its councillor Patrick Mngxunyeni.

It's also believed he was caught flouting the 9pm curfew at the time.

"As the ANC we take the matter very seriously and believe that the law must take its course and the person be brought to book. We also believe that the law applies to everyone irrespective of the position you hold in society," said ANC caucus spokesperson Fiona Abrahams.

"We will escalate the matter to the ANC regional executive committee for further investigation and possible disciplinary action."

The party says it's shocked and that it takes the matter very seriously.

The ANC caucus in the city says the law must apply to everyone.

Twitter
More in this category: « Former ASA president Leonard Chuene dies. Residents in Mogale City are picking up the pieces after heavy rainfall. »
back to top