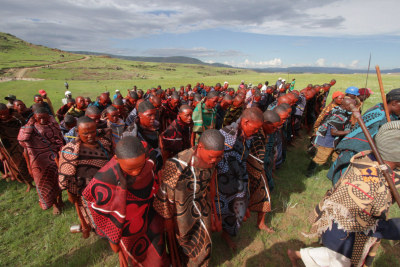 Three initiates have been found dead with gunshot wounds at an initiation school at Tsomo in the Eastern Cape.

This brings the number of initiates who died this season to 10.

The grim discovery of the victims aged between 19 and 20 was made by other initiates bringing food to them on Saturday.

This comes just a month since the summer initiation season began.

Traditional Affairs Department spokesperson Mamnkeli Ngam says the motive for the killing is unknown at this stage.

Ngam said "the MEC of the Department Xolile Nqata has sent messages of condolences to the bereaved families and has encouraged communities to be vigilant and ensure the safety of initiate all the time."

The summer initiation season officially commenced in the Eastern Cape late in December last year. The resumption of the traditional rite of passage into manhood was in doubt as COVID-19 infections rose sharply in the province again in November. The winter season was suspended earlier this year due to the pandemic.

Tweet
More in this category: « Zimbabwe goes back into more stringent lockdown as COVID-19 cases surge. 7 bodies retrieved from Mohokare River at Lesotho-SA border. »
back to top